Hotels In Jammu and Kashmir

Gulmarg is a town, a hill station, a popular skiing destination and a notified area committee in Baramula district in the Indian state of Jammu and Kashmir. The town is within the Himalayas...

Jammu is one of the three administrative divisions within Jammu and Kashmir, the northernmost state in India. The region is not a state per se but a part of the state of Jammu & Kashmir. It ...

Kathua is a city and a Municipal Council in the Indian administered state of Jammu and Kashmir. The word "Kathua" is derived from the word "Thuan" in Dogri which means "Scorpios". The city w... 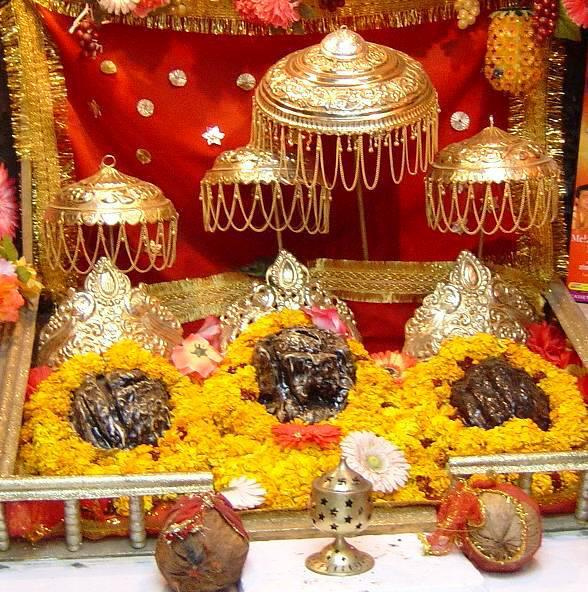 Katra or Katra Vaishno Devi, as it is popularly known, is a small town in Reasi district of the Indian state of Jammu and Kashmir situated in the foothills of the Trikuta Mountains, where th... 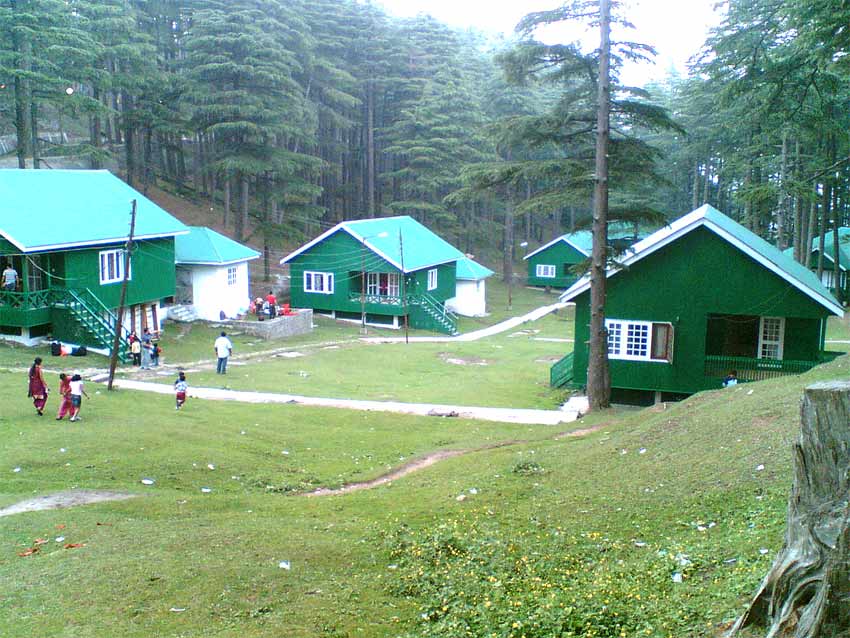 Kud is a town and a notified area committee in Udhampur District in the Indian state of Jammu and Kashmir. It is located on the Udhampur Srinagar Highway.100 k.m from Jammu and 34 k.m from U... 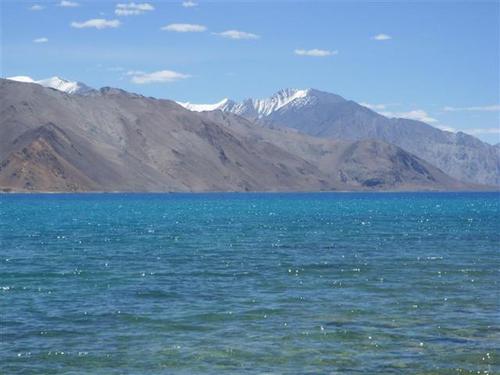 Leh is a district in the Indian State of Jammu and Kashmir. Leh District, with an area of 45,110 km2, is the second largest district in the country, after Kutch, Gujarat (in terms of area). ... 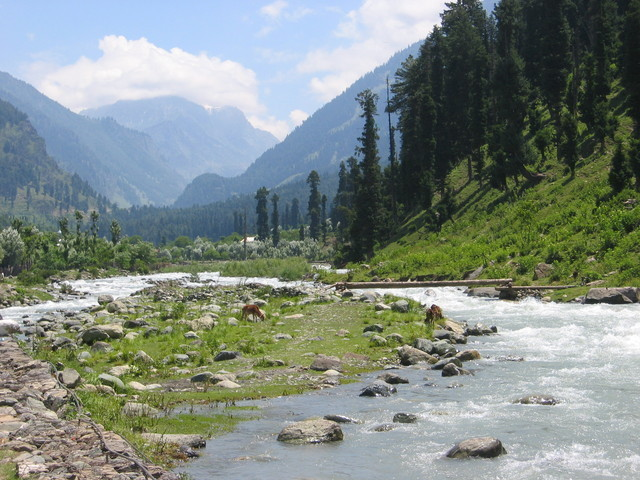 Pahalgam is a town and a Municipal committee in Anantnag district in India's northernmost state of Jammu and Kashmir. It is a popular tourist destination, and every year, many tourists visit... 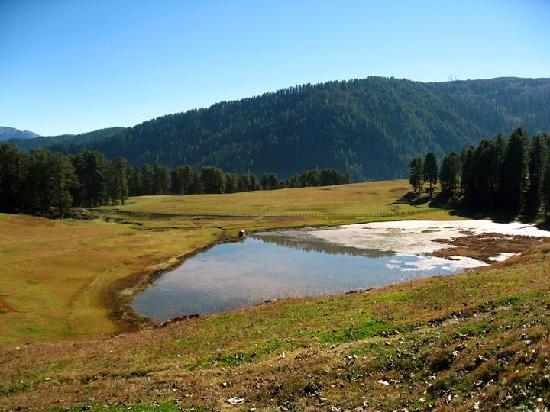 Patnitop or Patni Top is a hilltop tourist location in Udhampur district in Jammu and Kashmir state of India on National Highway 1A 112 km (70 mi) from Jammu on the way from Udhampur to Srin... 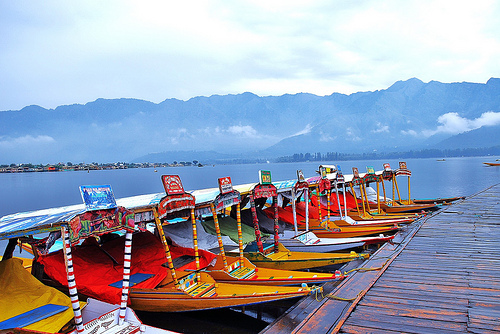 Srinagar is the summer capital of the Indian State of Jammu and Kashmir. It is situated in the Kashmir Valley and lies on the banks of the Jhelum River, a tributary of the Indus. The city is... 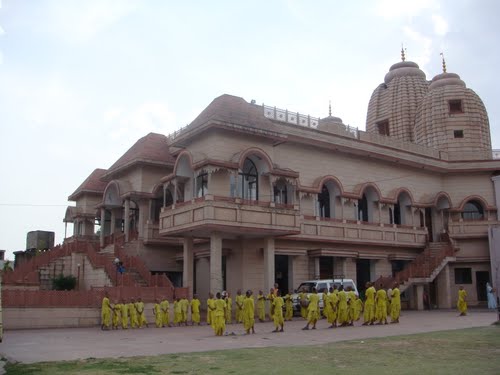 Udhampur is a city and a municipal council in Udhampur District in the Indian administered state of Jammu and Kashmir. Situated among lush green forests of Eucalyptus, it is the second-larg...

According to the most popular legend that is also recorded in Rajtarangani and Nilmat Purana, two most authoritative books, Kashmir was once a large lake and it was Kashyap Rishi who drained it off the water, making it a beautiful abode. But geologists have their own theory, which says that geographical changes made way for the outflow of water by subsidence of the mountain at Khadianayar, Baramulla and thus emerged the Valley of Kashmir, the paradise on earth. Ashoka introduced Buddhism to Kashmir in the 3rd century B.C., which was later strengthened by Kanishka. Huns got the control of the valley in the early 6th century. The Valley regained freedom in 530 AD but soon came under the rule of the Ujjain Empire. After the decline of the Vikramaditya dynasty, the valley had its own rulers. There was a synthesis of Hindu and Buddhist cultures. Lalitaditya (697-738 AD) extended his rule up to Bengal in the east, Konkan in the south, Turkistan in the northwest and Tibet in the northeast. Considered as the most famous Hindu ruler, Lalitaditya was known for constructing beautiful buildings. Islam came to Kashmir during 13th and 14th century AD. Zain-ul-Abedin (1420-70) was the most famous Muslim ruler, who came to Kashmir when the Hindu king Sinha Dev fled before the Tatar invasion. Later Chaks overran Haider Shah, son of Zain-ul-Abedin. They continued to rule till 1586 when Akbar conquered Kashmir. In 1752, Kashmir passed on from the feeble control of the Mughal emperor of the time to Ahmed Shah Abdali of Afghanistan. The Valley was ruled by the Pathans for 67 years.The name of Jammu figures in the Mahabharata. Recent findings of Harappan remains and artifacts of Mauryan, Kushan and Gupta periods at Akhnoor have added new dimensions to its ancient character. The land of Jammu was divided into 22 hill principalities. Raja Maldev, one of the Dogra rulers, conquered many territories to consolidate his kingdom. Raja Ranjit Dev ruled over Jammu from 1733 to 1782. His successors were weak, and thus Maharaja Ranjit Singh annexed the territory to Punjab. He later handed over Jammu to Raja Gulab Singh, a scion of the old Dogra ruling family, who had grown powerful among Ranjit Singh's governors and had annexed almost the whole Jammu region. The State was governed by Dogra rulers till 1947, when the Maharaja Hari Singh signed the Instrument of Accession in favour of the Indian Union on 26 October, 1947.
Jammu and Kashmir is situated between 32'-15' and 37'-05' north latitude and 72'- 35' and 83'-20' longitude East. Geographically, the State can be divided into four zones. First, the mountainous and semi mountainous plain commonly known as Kandi belt, the second, hills including Shivalik ranges, the third mountains of Kashmir Valley and Pir Panchal range and the fourth is Tibetan tract of Ladakh and Kargil. Geographically and culturally, the state has three district regions - Jammu, Kashmir and Ladakh.

Handicrafts, being the traditional industry of the State, has been receiving priority attention of the Government in view of its large employment base and expert potential, paper-machie, wood carving, carpets, shawl-making, embroidery, etc., are among Kashmir's exquisite handicrafts. This industry, particularly the carpets earn substantial foreign exchange. The handicrafts sector provides employment to about 3.40 lakh artisans. The number of industrial units has gone up. The Rs 19 crore Export Promotion Industrial Park has been established at Kartholi, Jammu. A similar Park is being set up at Ompora, Budgam. Jammu has Urban Haats while a similar Haat is being commissioned in Srinagar. Software Technology park involving Rs 6.50 crore has been commissioned at Ragreth Srinagar.

About 80 per cent population of the State depends on agriculture. Paddy, wheat and maize are the major crops. Barley, bajra and jowar are cultivated in some parts. Gram is grown in Ladakh. The area under orchards is 242 lakh hectatres. The State produces fruit worth Rs 2,000 crore annually including export of walnuts worth Rs 120 crore. Jammu and Kashmir State has been declared as Agri Export Zone for apple and walnuts. Market Intervention Scheme has also been launched for improving quality fruit for export by ensuing proper grading.
The horticulture sector generates employment for 25 lakh people directly or indirectly.

Roads: The road length maintained by PWD in the State has reached to 15,012 km.
Railways: At present, rail link extends up to Jammu only. Work on Jammu- Udaipur railway line has been completed. Work for extension of railway line to Srinagar and Baramulla has been taken up. Udhampur-Katra and Qazigund-Baramulla Rail link project has been taken up as national project which is likely to be completed by 2007.
Aviation: Srinagar, Jammu and Leh are the major airports connecting Jammu and Kashmir with the rest of the country. The Srinagar airport has been upgraded to international level.

On the tenth day of the bright fortnight Assuj is celebrated as the day of victory of Rama over Rawana. Shivratri festival is also celebrated in Jammu and Kashmir. Four Muslim festivals celebrated in the State are Id-ul-Fitr, Idul- Zuha, Id-Milad-un-Nabi and Meraj Alam. Muharram is also observed. The Hemis Gumpa festival of Ladakh takes place in the month of June. A special feature of the Hemis festival is its mask dance. In Spituk monastery in Leh, enormous statues of Goddess Kali are exhibited once in the year on the occasion of the annual festival which falls in January. Other festivals celebrated are Lohri marking a climax of winter. Sinh Sankranti observed in Ramban and adjoining villages. Mela Pat observed in Bhadarwah in the month of August.

Kashmir Valley is described as the paradise on earth. Chashmashahi springs, Shalimar Bagh, Dal Lake, Dachigam, Gulmarg, Pahalgam, Sonamarg and Amarnath shrine in the Valley, Vaishnodevi shrine and Patnitop near Jammu and Buddhist monasteries in Ladakh are important tourist destinations. Ladakh festival on 15 September and Sindhu Darshan in June are popular events.