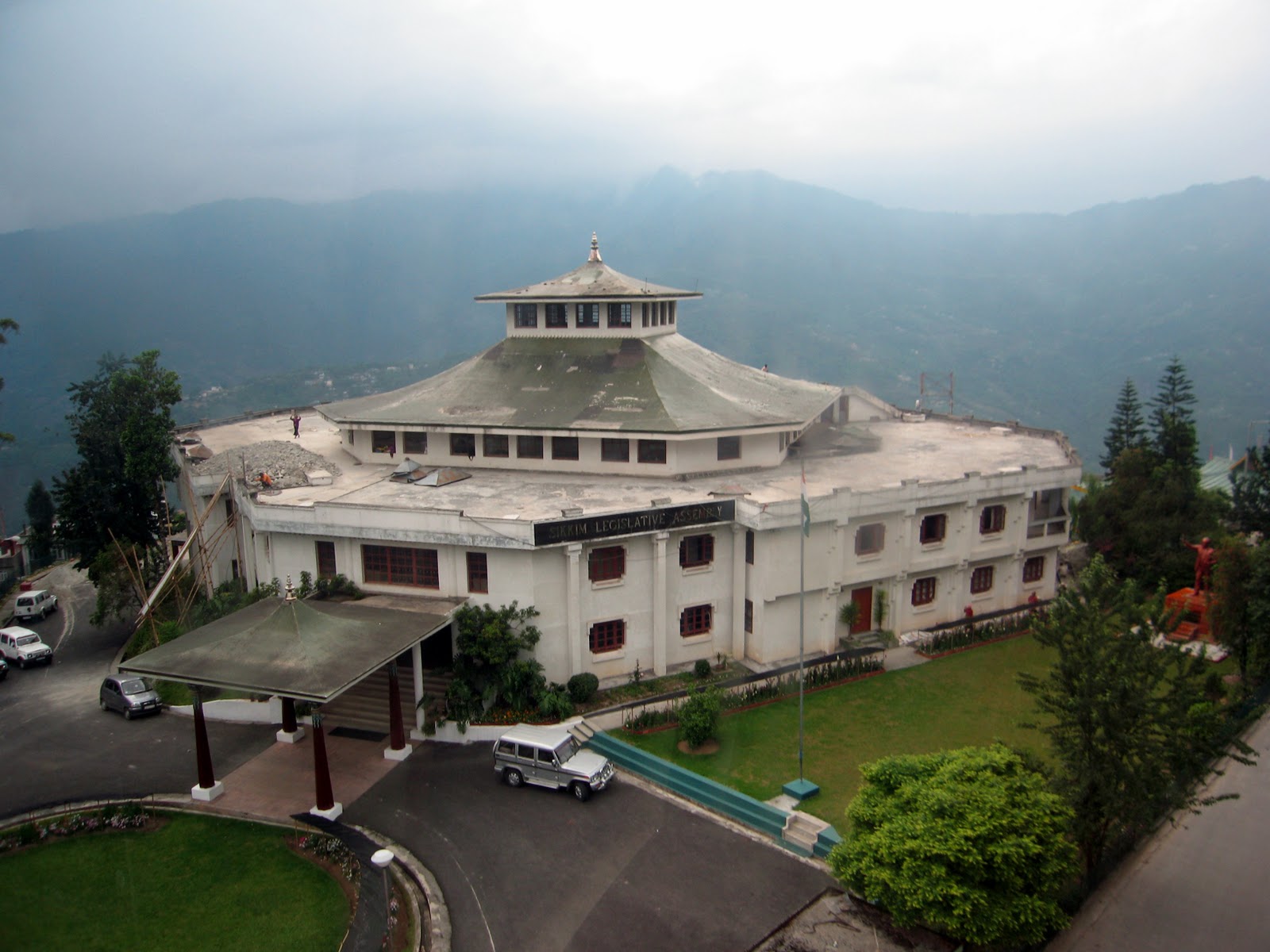 Sikkim also known as Shikim or Su Khyim; see Toponymy for other names) is a landlocked Indian state located in the Himalayan mountains. The state is bordered by Nepal to the west, China's Ti...

The early history of Sikkim starts in the 13th century with the signing of a blood-brotherhood treaty between the Lepcha Chief Thekong Tek and Tibetan prince Khye-Bumsa at Kabi Lungtsok in North Sikkim. This follows the historical visit of three revered Lamas to Yuksam in 1641 in West Sikkim, where they consecrated Phuntsog Namgyal, a sixth generation descendent of Khye-Humsa as the first Chogyal of Sikkim, thus heralding the beginning of the Namgyal dynasty in Sikkim. With the march of history, events in Sikkim saw the state pass through the process of democratisation and became an integral part of the Indian Union in 1975. Guru Padmasambhava blessed Sikkim enroute to Tibet. Sikkim is a blessed land, where people from all communities live in harmony. Inspite of the fact that Sikkim comprises of different people and multi ethnic society, perhaps it is the most peaceful state of the Indian Union to promote communal harmony and human relations, a feat which is much expected in a plural society like India. Sikkim is a small hilly state, bounded by vast stretches of Tibetan Plateaux in the North, the Chumbi Valley of Tibet and the Kingdom of Bhutan in the East, the Kingdom of Nepal in the West, and Darjeeling (West Bengal) in the South. The State has a total area of 7,096 sq km, and is stretched over 112 km from North to South, and 64 km from East to West. The world's third highest mountain, Kanchenjunga, regarded as the guardian deity of Sikkim, dominates the tiny Himalayan State with its awe-inspiring beauty and majesty. Sikkim is one of the 18 bio diversity hotspots in the world. The Sikkim Himalayas show tremendous biological diversity. More than 5000 species of angiosperms are found in the State, which is nearly one third of the total species of angiosperm found in the country. There are 4,000 species of flowering plants, 300 species of ferns and allies, 450 to 500 species of orchids, 36 species of Rhododendrons, 40 species of oaks, 30 to 40 species of Primulas and bamboos, 144 species of mammals, 500 to 600 species of birds, over 400 species of butterflies and moths, and many species of reptiles in the State. Rare Blue Sheep, Tibetan Mastiff, Yaks and Red Pandas are found here.

Roads:Gangtok is connected by roads with Darjeeling, Kalimpong, Siliguri, and also with all the district headquarters within Sikkim. The total road length of the state is 2,383 km, including 41 km of National Highway.
 Railways and Aviation:The closest railway stations are Siliguri (113) and New Jalpaiguri (125 km) connecting Kolkata, Delhi, Guwahati, Lucknow and other important cities. There is no airport in Sikkim, although there is a helicopter service between Gangtok and Bagdogra, heavily subsidised by the State Government. The State has also initiated construction of a number of helipads to connect the district and sub-divisional headquarters and important tourist places.

Sikkim is famous for its lush green vegetation, forest, scenic valleys and majestic mountains, and a range of rich and magnificent cultural heritage and peace loving people, which provide a safe haven for tourists. The State Government supports eco-friendly and pilgrim tourism and accordingly, has provided facilities to enable visitors to enjoy a first-hand experience of the rich heritage and lifestyle of Sikkim. Recognising the potential of adventure tourism, the State government is setting up a Himalayan Centre for Adventure Tourism at Chemchey Village in South Sikkim. The premier monastery of Sikkim is Pemayantshe in Pelling. Apart from this, there is Tashiding Monastery in West Sikkim, which is considered the holiest of all the monasteries in Sikkim. The most ancient monastery of Sikkim is in Yuksom, called the Drubdi monastery. It was the personal hermitage of Lhatsun Chenpo (Patron Saint of Sikkim), and was possibly built in 1700 AD. Some of the other monasteries are Phodong, Phensang, Rumtek, Ngadak, Tolung, Ahlay, Tsuklakhand, Ralong, Lachen, Enchey and others. Of the Hindu temples, the best known is the Thakurbari, in the heart of Gangtok. There is also a holy cave in South district, which has a Shiva Lingam that irradiates the cave where no other light finds its way. There are some important Gurdwaras and Mosques, chief among them being in Gangtok and Ravangla.