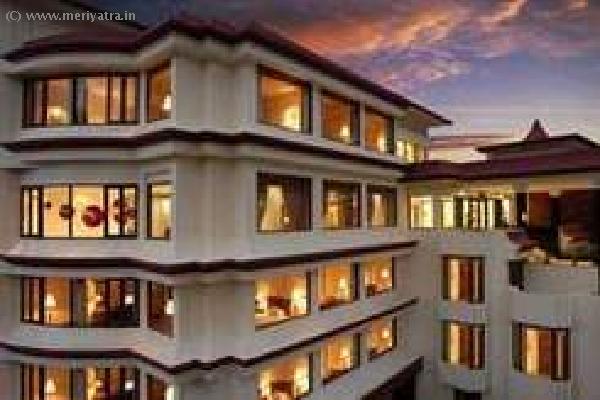 The Royal Plaza Amidst such lush green hilly terrains, a breathtaking topography and misty mountains, emerges The Royal Plaza [A Sarovar Hotel] at Gangtok, the Capital of Sikkim. This luxury...

Sikkim also known as Shikim or Su Khyim; see Toponymy for other names) is a landlocked Indian state located in the Himalayan mountains. The state is bordered by Nepal to the west, China's Tibet Autonomous Region to the north and east, and Bhutan to the east. The Indian state of West Bengal lies to the south. With 610,577 inhabitants as of the 2011 census, Sikkim is the least populous state in India and the second-smallest state after Goa in total area, covering approximately 7,096 km2 (2,740 sq mi). Sikkim is nonetheless geographically diverse due to its location in the Himalayas; the climate ranges from subtropical to high alpine, and Kangchenjunga, the world's third-highest peak, is located on Sikkim's border with Nepal. Sikkim is a popular tourist destination, owing to its culture, scenery and biodiversity. It also has the only open land border between India and China. Sikkim's capital and largest city is Gangtok. According to legend, the Buddhist guru Padmasambhava visited Sikkim in the 8th century AD, introduced Buddhism and foretold the era of the Sikkimese monarchy. Sikkim's Namgyal dynasty was established in 1642. Over the next 150 years, the kingdom witnessed frequent raids and territorial losses to Nepalese invaders. In the 19th century, it allied itself with British India, eventually becoming a British protectorate. In 1975, a referendum abolished the Sikkimese monarchy, and the territory was merged with India. Sikkim is the only state in India with an ethnic Nepali majority. Sikkim has 11 official languages: Nepali (which is its lingua franca), Sikkimese, Lepcha, Tamang, Limbu, Newari, Rai, Gurung, Magar, Sunwar and English. English is taught in schools and used in government documents. The predominant religions are Hinduism and Vajrayana Buddhism.