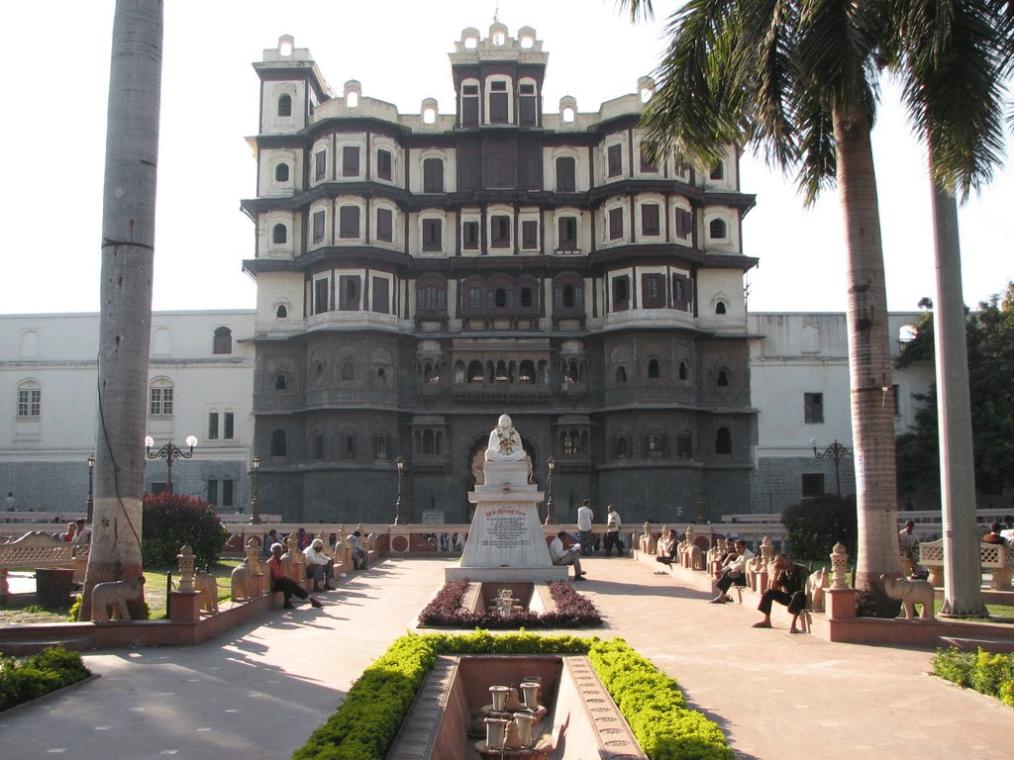 Indore is a tier 2 city, the largest city of the Indian state of Madhya Pradesh. It serves as the headquarters of both Indore District and Indore Division. A central power city, Indore exert...

Madhya Pradesh is the second largest Sate in India, and geographically occupies pivotal position in the country. King Ashoka first of all ruled over Ujjain. A sizeable portion of Central India was part of the Gupta Empire (300-500 A.D.). The Muslims came into Central India in the beginning of 11th century, Mahmud of Ghazni being the first of them, followed by Mohammad Gouri, who incorporated some parts of Central India into his ruling territory of Delhi. Central India was also part of the Mughal Empire. During the period between the beginning of the influence of Marathas and the death of Madhoji Scindia in 1794, the Marathas were in power in Central India, but later on, other small states started coming into existence. These small states became the cause of perpetuation of British power in the country. Queen Ahilyabai Holkar of Indore, the Gond Maharani Kamalapti and Queen Durgawati, etc., were some women rulers, whose names have left an indelible imprint on Indian history for their outstanding rule. Madhya Pradesh came into being on 1 November, 1956. It was reorganised on 1 November 2000 to create a new Chhattisgarh state. The successive state is bound in north by Uttar Pradesh, east by Chhattisgarh, south by Maharashtra, and west by Gujarat and Rajasthan.

Roads:The total length of roads in the state is 72416 km. The length of national highway in the state is 4676 km while State highway extends to 8099 km. The state government has taken up the construction and up gradation of roads in a big way and about 60 thousand kilometers roads will be constructed and upgraded. The year 2005 is being observed as the Year of Roads during which every month construction of an important road would be completed.
 Railways:The main rail route linking Northern India with Southern India passes through Madhya Pradesh. Main junctions in the state are Bhopal, Bina, Gwalior, Indore, Itarsi, Jabalpur, Katni, Ratlam and Ujjain. The divisional railways headquarters are at Bhopal, Ratlam and Jabalpur.

A number of festivals are celebrated in Madhya Pradesh. An important tribal festival is Bhagoriya marked by traditional gaiety and enthusiasm. Shivratri is celebrated in Khajuraho, Bhojpur, Pachmarhi and Ujjain and has its own local flavour while Ramnavami festival at Chitrakoot and Orchha has a unique sense of devotion imbued with tradition. Festivals of Orchha, Malwa, Pachmarhi bring to the fore, repertoire of culture and art of the people. Tansen Music Festival, Gwalior, Ustad Allauddin Khan Music Festival of Maihar, Kalidas Samaroh, Ujjain and Festival of Dances at Khajuraho are some of the well known art festivals of Madhya Pradesh. An annual Narmada Festival has been started from this year at Bedight in Jabalpur, famous for its marble rocks. A Shivpuri Festival has been started from this year at Shivpuri.

Perfectly preserved medieval cities, refreshing and enchanting wildlife sanctuaries and some of the holiest and most revered pilgrim centres offer to the tourist the most fulfilling experience. Tranquil beauty of Pachmarhi, glittering splendour of Marble Rocks and roaring sound of Dhuandhar Fall at Bhedaghat, Kanha National Park, with its unique Barasingha and Bandhavgarh National Park with its prehistoric caves and wildlife are some of the major attractions of the state. Gwalior, Mandu, Datia, Chanderi, Jabalpur, Orchha, Raisen, Sanchi, Vidisha, Udaygiri, Bhimbetika, Indore and Bhopal are the places well-known for their historical monuments. Maheshwar, Omkareshwar, Ujjain, Chitrakoot and Amarkantak are major centres of pilgrimage. Unique temples of Khajuraho are famous all over the world. The temples of Orchha, Bhojpur and Udaypur attract large number of tourists as well as pilgrims.
Archaeological treasures are preserved in the museums at Satna, Sanchi, Vidisha, Gwalior, Indore, Mandsaur, Ujjain, Rajgarh, Bhopal, Jabalpur, Rewa and may other places. Omkareshwar, Maheshwar and Amarkantak have been declared as holy cities for their integrated development in accordance with their religious significance. Burhanpur is being developed as a new tourist destination.