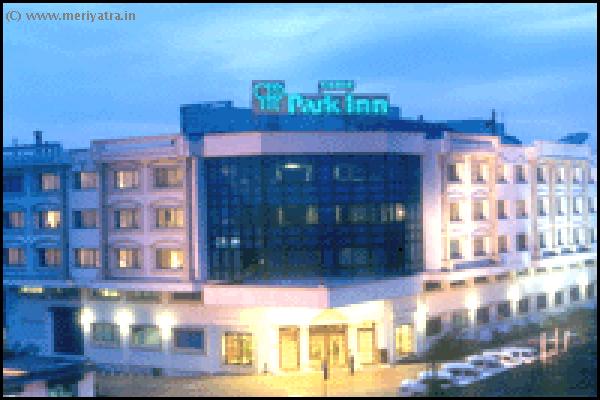 Chennai is the capital city of the Indian state of Tamil Nadu. Located on the Coromandel Coast off the Bay of Bengal, it is the biggest industrial and commercial centre in South India, and a major cultural, economic and educational centre. With temples, beaches and centres of historical and cultural significance, including the UNESCO Heritage Site of Mahabalipuram, Chennai remains the most visited city in India. Chennai has been the most visited Indian city since 2008, in terms of foreign tourists arrival. In 2011, Chennai was ranked 41st in global top 100 city destination ranking, with 3,174,500 tourists, a 14 percent increase from 2010, up from 650,000 in 2007. In 2009, Chennai attracted the highest number of foreign tourists in the country. The city serves as the gateway to the southern part of India with tourists landing in the city and starting their trip to the rest of the region. Top foreign nationals visiting the city includes those from Sri Lanka, Malaysia, and Singapore, followed by the United Kingdom, France and the United States. In 2010, the figure of foreign tourist arrival increased by 40 percent in the first half of the year. About 830,620 domestic tourists arrived in Chennai in March 2011. Currently, the city has 21 luxury hotels in the five-star and five-star deluxe categories, with over 4,500 rooms in the inventory. Zoo, beaches, and wildlife parks form the primary recreation areas of the city. The Arignar Anna Zoological Park, one of the largest zoological parks in the world, attracts nearly 2 million visitors per year. The city boasts two popular beaches, the Marina and Elliot's. Guindy National Park, a protected area of Tamil Nadu, has a children's park and a snake park, which gained statutory recognition as a medium zoo from the Central Zoo Authority of India in 1995. Chennai houses several theme parks, namely MGM Dizzee World and Queens Land. The safety of several amusement parks has been questioned after several fatal accidents occurred. Other important recreation centres include Madras Boat Club, which is over 140 years old, and Gymkhana Club, which is famous for its 18-hole golf courses. Built in 1867, Madras Boat Club is the second oldest rowing club in India.