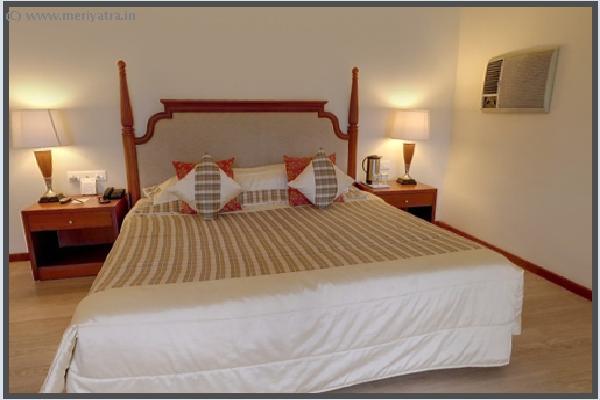 Palanpur Palace is a grand palace with a whole city's worth of sights to see and things to do. The view from the balcony of the hotel rooms is spectacular with Aravali Ranges, placid lake an...

Mount Abu is a popular hill station in the Aravalli Range in Sirohi district of Rajasthan state in western India near the border with Gujarat. The mountain forms a distinct rocky plateau 22 km long by 9 km wide. The highest peak on the mountain is Guru Shikhar at 1,722 m (5,650 ft) above sea level. It is referred to as 'an oasis in the desert' as its heights are home to rivers, lakes, waterfalls and evergreen forests. Nearest Railway station is Abu Road Railway station which is 27 km away. Mount Abu town, the only hill station in Rajasthan, is located at an elevation of 1,220 m (4,003 ft). It has been a popular retreat from the heat of Rajasthan and neighbouring Gujarat for centuries. The Mount Abu Wildlife Sanctuary was established in 1960 and covers 290 kmÂ² of the mountain. The mountain is also home to several Hindu temples, including the Adhar Devi Temple (also known as Arbuda Devi Temple), carved out of solid rock; the Shri Raghunathji Temple; and a shrine and temple to Dattatreya built atop the Guru Shikhar peak and a number of Jain temples including Dilwara Temples, a complex of temples carved of white marble that was built between the 11th and 13th centuries AD. The oldest of these is the Vimal Vasahi temple, built in 1021 AD by Vimal Shah and dedicated to the first of the Jain Tirthankaras and they include the Achaleswar Mahadev Temple (1412) and the Kantinath Temple (1513). It is also the location of the headquarters of the Brahma Kumaris. The Achalgarh fort, built in the 14th century by Rana Kumbha of Mewar is nearby and at its center is the popular visitor attraction of the Nakki Lake. There is the Toad Rock on a hill near the lake. The Durga temple, Ambika Mata Temple lies in a cleft of rock in Jagat, just outside Mount Abu town. In Mount Abu, the faith community of Brahma Kumaris has its spiritual headquarters, which are represented by its own account in 85 countries. Every year about 2.5 million visitors are supposed to visit the sprawling campus of that spiritual movement.