Amritsar historically also known as RÄmdÄspur and colloquially as Ambarsar, is a city in north-western part in India. It is the spiritual centre for the Sikh religion and the administr... 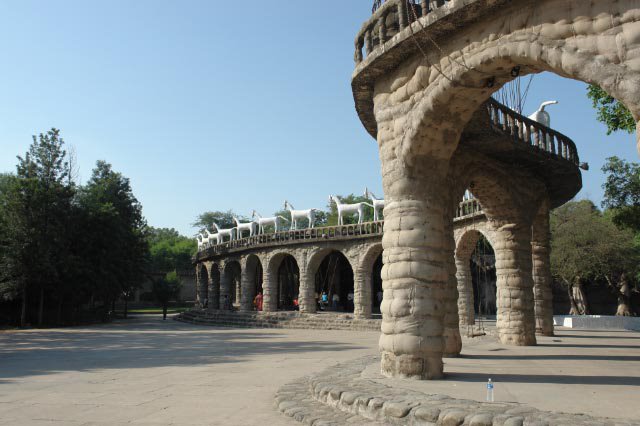 Chandigarh is a city in Northern India that serves as the capital of the states of Punjab and Haryana. The city of Chandigarh was the first planned city in India (by the French Architect Le... 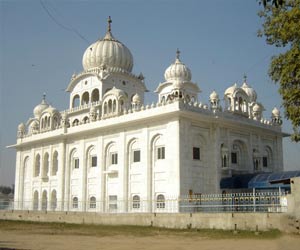 Jalandhar is a city in the north-western Indian state of Punjab. The oldest city in Punjab, in recent years it has seen rapid urbanisation and developed into a highly industrialised centre ... Ludhiana is a city and a municipal corporation in Ludhiana district in the Indian state of Punjab. It is the largest city in the state, with an estimated population of 3,487,882 as per Censu...

Ancient Punjab formed part of the vast Indo-Iranian region. In later years, it saw the rise and fall of the Mauryans, Bactrians, Greeks, Sakas, Kushans and Guptas. Medieval Punjab witnessed the supremacy of the Muslims. Ghaznavi was followed by the Ghoris, the slaves, the Khiljis, the Tughlaqs, the Lodhis and the Mughals. Fifteenth and sixteenth centuries marked a period of watershed in the history of Punjab. Through teachings of Guru Nanak, Bhakti movement received a great impetus. Sikhism began as a socio-religious movement, which was more interested in fighting evils in religion and society. It was Guru Gobind Singh, the tenth Guru, who transformed the Sikhs into the Khalsa. They rose to challenge tyranny and after centuries of servitude, established a humane Punjabi Raj based on secularism and patriotism. Maharaja Ranjit Singh, in the words of a Persian writer, changed Punjab from Madam Kada to Bagh-Bahisht (from the abode of sorrow to the garden of paradise). But soon after his death, the entire edifice collapsed due to internal intrigues and British machinations. After two abortive Anglo-Sikh wars, Punjab was finally annexed to the British Empire in 1849.
The fight against the British rule had begun long before Mahatma Gandhi's arrival on the scene. The revolt found expression through the movement of a revivalist or reformist character. First, it was the Namdhari sect, which believed in self-discipline and self-rule. Later, it was Lala Lajpat Rai who played a leading role in the Freedom Movement. Punjab was in the vanguard of India's freedom struggle on all fronts in India and abroad. Punjab's hardships did not end with Independence, as it had to face the misery of Partition with large-scale bloodshed and migration. Besides their rehabilitation, there was the task of reorganisation of the State.
Eight princely states of East Punjab were grouped together to form a single state called PEPSU - Patiala and the East Punjab States Union - with Patiala as its capital. PEPSU state was merged with Punjab in 1956. Later in 1966, Haryana was carved out of Punjab.
Situated in the north-western corner of the country, Punjab is bound on the west by Pakistan, on the north by Jammu and Kashmir, on the north-east by Himachal Pradesh, and on the south by Haryana and Rajasthan.

Besides festivals of Dussehra, Diwali, Holi, other important festivals/fairs/melas are Maghi Mela at Mukatsar, Rural Sports at Kila Raipur, Basant at Patiala, Hola Mohalla at Anandpur Sahib, Baisakhi at Talwandi Saboo, Urs at Rauza Sharif at Sirhind, Chappar Mela at Chappar, Sheikh Farid Agam Purb at Faridkot, Ram Tirath at Village Ram Tirath, Shaheedi Jor Mela at Sirhind, Harballah Sangeet Sammelan at Jalandhar and Baba Sodal at Jalandhar. In addition to above fairs and festivals, 3 heritage festivals at Amritsar, Patiala, Kapurthalla are also celebrated every year and are very popular among the tourists.