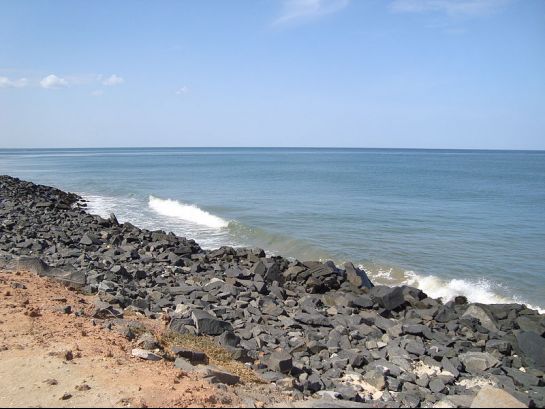 Pondicherry or Puducherry is a city, an urban agglomeration and a municipality in Pondicherry district in the Indian union territory of Puducherry. It is affectionately known as Pondy, and ...

The territory of Puducherry comprises of the former French establishment Puducherry, Karaikal, Mahe and Yanam, which lie scattered in South India. Puducherry, the capital of the territory was once the original headquarters of the French in India. It was under the French rule for 138 years, and merged with the Indian Union on 1 November, 1954. It is bounded on the east by the Bay of Bengal, and on the three sides by Tamil Nadu. About 150 km south of Puducherry on the east coast lies Karaikal. Mahe is situated on the Malabar Coast on the Western Ghats, surrounded by Kerala. It can be reached from Calicut Airport, which is 70 km from Mahe. Yanam is situated adjoining the East Godavari district of Andhra Pradesh, and is about 200 km from Visakhapatnam airport.

Pondicherry (known in Tamil as Puddcherry), the former French Colony of the early 18th Century, is a charming Indian town with a few enduring pockets of French Culture, and an Ashram set beside the sea. Together with the other former French enclaves of Karaikal (also in Tamil Nadu), Mahe (Kerala), Yanam (Andhra Pradesh), it now forms the Union, Territory of Pondicherry. The uniqueness of this town invariably lies in skillful town planning and Franco Tamil architecture. The town is built on the model of "bastide", a fortified French coastal town of the late 18th Century.
Auroville being the legendary abode of renowned saints, ancient trading settlement with Rome and Greece, once capital of French India, a spiritual Power house, Pondicherry has touristic resources in the back waters, rivers, beaches and other areas developed as sustainable eco-tourist facilities. Influenced by East and West, Pondicherry has unique handicrafts in leather pottery, hand made paper, incense and antique colonial furniture. Late Prime Minister Pandit Jawaharlal Nehru rightly described Pondicherry as "the Window of French Culture". Sri Aurobindo, the great seer, poet and prophet of Indian spiritually, preached his vision and ideals staying in Pondicherry till his life. His Ashram is still an unique institution with its distinctive way of life attracting people from all over the world. The new Pondicherry Tourism Development Corporation was evolved on 1 April 2005 with the aim on new tourism projects, diversification and expansion of the existing tourism activities.