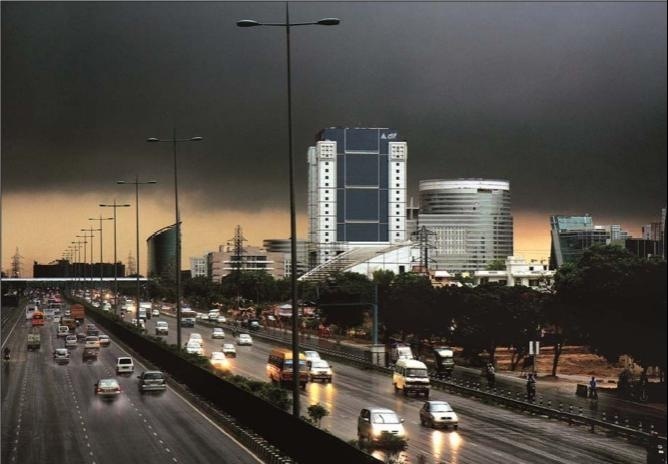 Gurgaon is a city in India and is a leading financial and industrial center, situated in the National Capital Region near the Indian capital New Delhi in the state of Haryana. Located 19.9 m...

Haryana has a proud history going back to the Vedic Age. The state was the home of the legendary Bharata dynasty, which has given the name Bharat to India. Haryana finds mention in the great epic of Mahabharata . Kurukshetra, the scene of the epic battle between the Kauravas and the Pandavas, is situated in Haryana. The state continued to play a leading part in the history of India till the advent of the Muslims and the rise of Delhi as the imperial capital of India. Thereafter, Haryana functioned as an adjunct to Delhi and practically remained anonymous till the First War of India's Independence in 1857. When the rebellion was crushed and the British administration was re-established, the Nawabs of Jhajjar and Bahadurgarh, Raja of Ballabgarh and Rao Tula Ram of Rewari of the Haryana region were deprived of their territories. Their territories were either merged with the British territories or handed over to the rulers of Patiala, Nabha and Jind. Haryana thus became a part of the Punjab province. With the reorganisation of Punjab on 1 November 1966, Haryana was made into a full-fledged state.
The state is bound by Uttar Pradesh in the east, Punjab in the west, Himachal Pradesh in the north and Rajasthan in the south. National Capital Territory of Delhi juts into Haryana.

Roads: In Haryana, all villages stand connected with metalled roads. The length of roads in the State is 31,010 km.
 Railways: Ambala, Panipat and Jakhal are important railway stations. There is a railway workshop at Jagadhari.
 Aviation: There are civil aerodromes at Pinjore, Karnal, Hisar, Bhiwani and Narnaul.