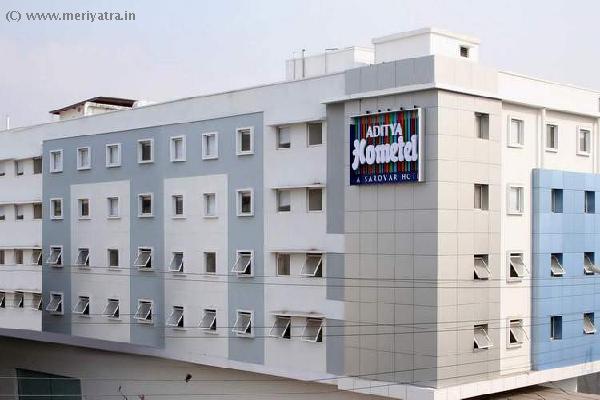 Aditya Hometel is very conveniently located at Ameerpet in the center of the new city, the business district of the twin cities. It is approximately 3 km from the airport and 7 km from the r... 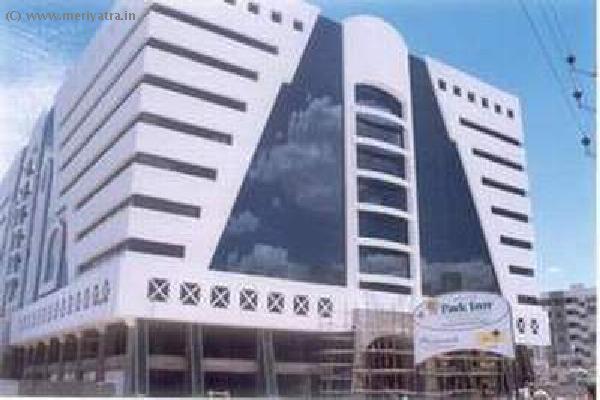 Aditya Park ( formerly - Aditya Park Inn)is very conveniently located at Ameerpet in the center of the new city, the business district of the twin cities. It is approximately 30 km from the ...

Hyderabad is the capital and largest city of the southern Indian state of Andhra Pradesh. Occupying 650 square kilometres (250 sq mi), along the banks of the Musi River, it has a population of 6.8 million and a metropolitan population of 7.75 million, making it the fourth most populous city and sixth most populous urban agglomeration in India. At an average altitude of 542 metres (1,778 ft), much of Hyderabad is situated on hilly terrain around artificial lakes, including Hussain Sagarâ€”predating the city's foundingâ€”north of the city centre. Heritage buildings constructed during Qutb shahi and Nizam eras showcase Indo-Islamic architecture influenced by Medieval, Mughal and European styles. After the 1908 flooding of the Musi River, the city was expanded and civic monuments constructed, particularly during the rule of Mir Osman Ali Khan (the VIIth Nizam), whose patronage of architecture led to him being referred to as the maker of modern Hyderabad. In 2012, the government of India declared Hyderabad the first "Best heritage city of India". Qutb Shahi architecture of the 16th and early 17th centuries followed classical Persian architecture featuring domes and colossal arches, The oldest surviving Qutb Shahi structure in Hyderabad is the ruins of Golconda fort built in 16th century. The Charminar, Mecca Masjid, Charkaman and Qutb Shahi Tombs are other existing structures of this period. Among these the Charminar has become an icon of the city; located in the centre of old Hyderabad, it is a square structure with sides 20 metres (66 ft) long and four grand arches each facing a road. At each corner stands a 56 metres (184 ft) minaret. Most of the historical Bazaars that still exist were constructed on the street north of Charminar towards Golconda fort. The Charminar, Qutb Shahi tombs and Golconda fort are considered to be monuments of national importance in India; in 2010 the Indian government proposed that the sites be listed for UNESCO World Heritage status.