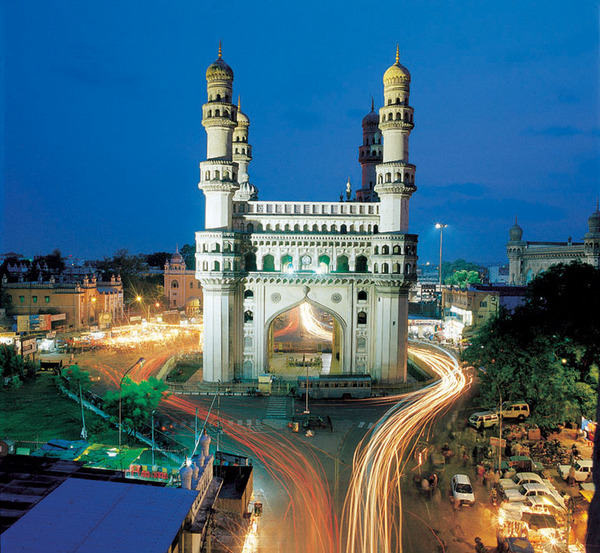 Hyderabad is the capital and largest city of the southern Indian state of Andhra Pradesh. Occupying 650 square kilometres (250 sq mi), along the banks of the Musi River, it has a population ...

The earliest mention of the Andhras is said to be in Aitereya Brahmana (2000 BC). It indicates that the Andhras, originally an Aryan race living in north India migrated to south of the Vindhyas and later mixed with non-Aryans. Regular history of Andhra Desa, according to historians, begins with 236 BC, the year of Ashoka's death. During the following centuries, Satavahanas, Sakas, Ikshvakus, Eastern Chalukyas, Kakatiyas ruled the Telugu country. Other dynasties that ruled over the area in succession were the kingdoms of Vijayanagar and Qutub Shahi followed by Mir Qumruddin and his successors, known as the Nizams. Gradually, from the 17th century onwards, the British annexed territories of the Nizam and constituted the single province of Madras. After Independence, Telugu-speaking areas were separated from the composite Madras Presidency and a new Andhra State came into being on 1 October 1953. With the passing of the States Reorganisation Act, 1956, there was a merger of Hyderabad State and Andhra State, and consequently Andhra Pradesh came into being on 1 November 1956. Andhra Pradesh is bound on the north by Orissa and Chhattisgarh, on the west by Maharashtra and Karnataka, on the south by Tamil Nadu and on the east by the Bay of Bengal with a coastline of 974 km.

Roads: National Highways passing through Andhra Pradesh constitute 4,104 km. There are around 60,000 km of state highways and close to 1,04,000 km of Panchayati Raj roads in the State.
Railways: Of the railways route covering 5,107 km in Andhra Pradesh, 4,436 km is broad-gauge, 634 km is metre-gauge and 37 km is narrow gauge
Aviation: Important airports in the State are located at Hyderabad, Tirupathi and Visakhapatnam. International flights are operated from Hyderabad.
Ports: Visakhapatnam is a major port in the State. Minor ports are located at Kakinada, Machilipatnam, Bheemunipatnam, Krishnapatnam, Vadarevu and Kalingapatnam.